Master Haoqing Liu was born in the city of Hangzhou in China. He began learning Chikung and Tai chi when he was a child from his father, Liu Yin Sheng (disciple of Niu Chunming and Grand Master of Taoist medical chi kung), under whose supervision he reached complete mastery of the Yang style.

For decades he continued to perfect his technique, while at the same time studying with other important masters of the time and assimilating their strong points; namely acknowledged masters of the Yang style such as Ling Jin Fu (disciple of Niu Chunming) and Chen Song Hai. From the Chen style he studied with Liu Chengde (disciple of Hong Junsheng) and with Master Hong Junsheng himself, specialising in Pushing Hands. He also studied with Master Cao Zue Hua, disciple of Master Jiang Yu Kun (founder of Tai chi Sword and student of Yang Cheng Fu) at the National Wu Shu University.

Master Haoqing Liu has studied deeply in the fields of Taoist Chikung, Traditional Chinese Medicine Chikung, Yang style Taichi Chuan 85 movement form, six parts (sixth way) and the complete Official Chinese National 88 movement form, as well as Taichi sword in its complete traditional form. He has dedicated special attention to the techniques of Pushing Hands, in which he has reached an exceptionally high level. His depth of learning in all these fields culminated in the development of his unique system of Chikung Taichi.

In 1979 he was invited to work as doctor and Master of Chikung in the prestigious Jiu San (September 3rd) Society. In 1985 he came to Spain to popularise Chikung-Taichi. In 1987 he founded the Centre for Chikung-Taichi in Madrid, endorsed by the Chinese Embassy in Spain and officially registered there. In 1990 he co-founded the International Chinese Society of Hangzhou Taichi-Wushan, and currently represents this society in the role of technical advisor and ambassador in Europe. 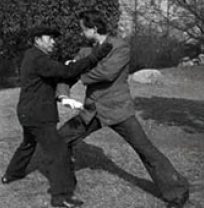 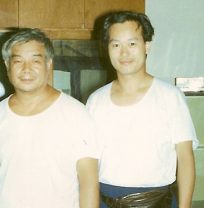 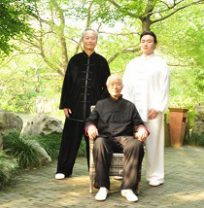 All the necessary documents were certified by the Chinese Public Notary Office, the Ministry of Foreign Affairs of the People’s Republic of China, the Spanish Embassy in Beijing, and the Spanish Ministry of Foreign Affairs. In the same year Master Liu introduced the Official Chinese National 88 movement Taichi Chuan (complete Yang form) in Spain, with video, becoming an important point of reference for Taichi in Spain and Europe.

In 1991 Master Liu gave another important lecture at the Congress of the International Chinese Society of Hangzhou Taichi-Wushan, in which he presented guidelines for Chikung-Taichi and explained its development in Europe.

Meanwhile, Master Liu introduced a complete series of video cataloguing traditional Wudang sword, which proved very popular in Spain and other European countries, considerably elevating his status as instructor of Taichi in Europe. Thanks to his foreign students, the sales of his video material are among the highest in this field.

Since 1988, thousands of students have passed through Master Liu’s centre to study Chikung-Taichi; a rare occurrence in the history of Taichi. The special characteristics of Master Liu’s Chikung-Taichi are based on the assimilation of a wide range of authentic internal work from different traditional schools, and a thorough evaluation of classical theory as he built upon the theories and methods of famous past masters and innovated. He proposes a new development in Taichi, working from the original forms and styles and clearly explaining the relationship between Chikung and Taichi. Master Liu managed to fuse Taichi with Taoist Chikung, Wudang Chikung and Chikung from Traditional Chinese Medecine. He understood Chikung as an integral part of Taoist health practice and created Chikung-Taichi, something that his predecessors had not managed.

It comprises a complete system for cultivating chi and transforming jing into shen; a method which can be used not merely to develop competitively in the field of fighting and self-defence as a form of gymnastics, but also to nurture and maintain health in accordance with the theories of Traditional Chinese Medecine.

Master Liu developed Chikung-Taichi through a process of continuous study and research. His Chikung-Taichi has opened a new chapter in the history of Chikung as, in addition to nurturing health, it offers the possibility of diagnosis, prevention and treatment of disease, as well as a method of calisthenics for strengthening the body, the mind, and promoting longevity.

The form and style of Master Liu’s Chikung-Taichi is characterised, among other things, by the attainment of fullness, elegance, relaxation, harmony between softness and strength, and stepping with vigour and energy. Nothing like this highly technical Chikung-Taichi has been seen in the last three centuries. It is no surprise that it has come to be a favourite with foreign students. In contrast to the old methods of teaching which required ten years of practice, Master Liu gives detailed explanation of each movement which leads to perfect understanding. With Master Liu’s method of instruction students can reach a high level of professional competence 70% quicker than with the traditional methods. To strengthen the body with calisthenics and prevent and treat disease, three months of practice are required to experience the results. For some time now, Master Liu has been making public a collection of videos about Chikung-Taichi to serve as teaching material so that foreign students can benefit from guidance in health preservation and learn Chikung-Taichi.